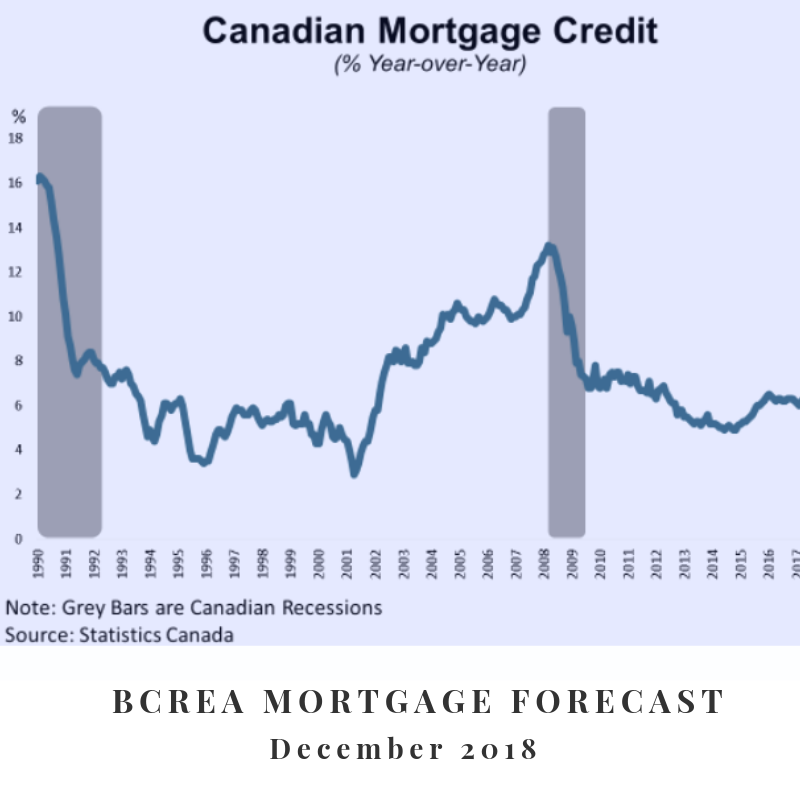 With the growth in Mortgages being at the lowest levels in 17 years, it appears that the Mortgage Stress Tets, introduced earlier this year was far too aggressive.

This, together with low Alberta Oil Prices and potential Economic headwinds, such as the closure of the GM Oshawa Plant may have led the Government to rethink their plan to increase rates to quite the same level next year, and the forecast is now calling for only 1 or 2 rate increases next year, which is potentially good news for new borrowers and those on variable rates.

Midway through 2018, everything seemed to be pointing to sharply higher mortgage rates. The Canadian economy was soaring, the Bank of Canada and its counterpart in the US were resoundingly hawkish and bond yields were testing multi-year highs. However, declining oil prices, the stronger than expected impact of the B20 mortgage stress test and generally soft economic data in recent weeks have prompted a swift change in market sentiment.

Since early November, the 5-year bond yield has dropped close to 50 basis points back to levels last seen in June, prior to two rate hikes by the Bank of Canada. Moreover, expectations for future rate increases have been scaled back even as the Bank itself has reinforced its desire for a 3% policy rate. Slowing economic growth, particularly in light of mandated oil production cuts in Alberta, casts significant doubt on the Bank’s ability to follow through on that desire.

The impact of the mortgage stress test is weighing heavily on traditional lenders’ ability to grow their mortgage books, with growth in residential mortgages at its slowest pace in 17 years. So, even as funding costs were rising earlier this year, banks were hesitant to raise the 5-year qualifying rate.

The 5-year qualifying rate remains at just 5.34%, up a mere 20 basis points on the year. On the other hand, bank lenders are currently pricing 5-year mortgages at 3.74%, up about 40 basis points from the start of 2018. This means borrowers with more than 20% down payments are largely being asked to qualify at 5.74% due to the B20 mortgage stress test. It is unclear if borrowers can bear further mortgage rate increases, with growth in mortgage credit already approaching record lows.

Our forecast over the next year is that a slightly higher policy rate will be pushing against expectations of slower growth in both Canada and the United States. As a result, variable rates may rise modestly with a higher prime rate, while 5-year fixed rates will likely remain relatively flat and may even decline in the first quarter of 2019.

To read the full report -: